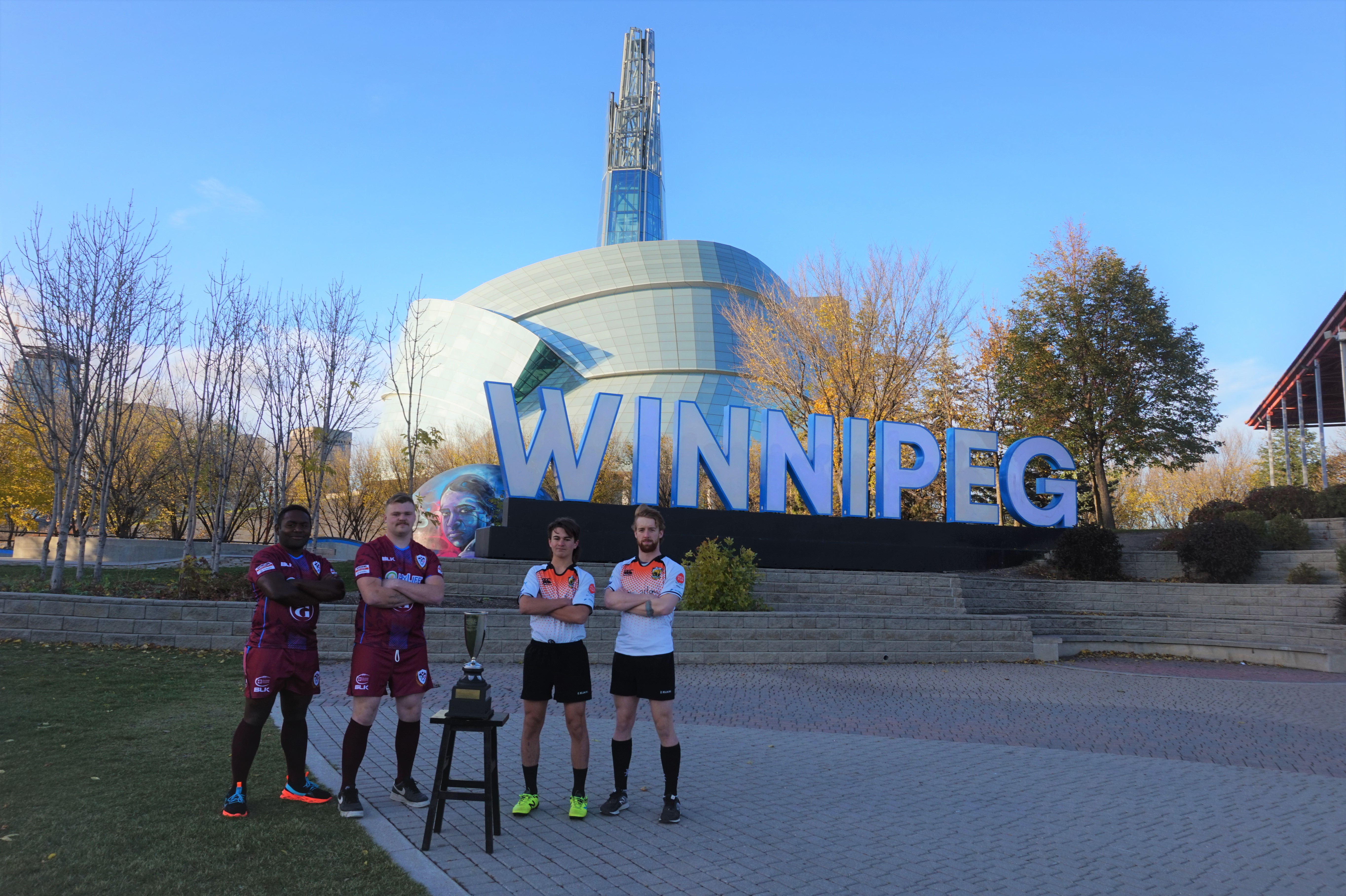 The newly branded Eastman Warriors will compete against the Manitoba Wombats in the 2021 M-League Grand Final. In what is likely to be a physical and bruising encounter, the two runaway leaders of the M-League will look to end the year on a high.

It is the first grand final for the Eastman Warriors and there is a real excitement in town ahead of Saturday.

“It has been really good for the Steinbach region to have a new team, we have a really good team that the community has really gotten behind,” Warriors Club President Isi Masi said.

The Steinbach based club has a strong Fijian contingent which is represented in the traditional fijian war clubs on the Warriors new logo. Whilst Steinbach and the Pacific Islands of Fiji don’t often go hand in hand, a love of rugby has been bringing people together at the club.

Masi asserts that the key to the Warriors cohesion is that “There's something that always brings diverse people together, and that’s food. We’ve worked on eating together, laughing together and playing rugby together.”

Simeli Naivalu, a key player for the Warriors appreciates the local support and hopes the club can reward the region with some silverware.

“The Steinbach community has really supported the group, they are interested in how we are doing. It’ll be great to have the opportunity to win something for the region,” said Naivalu.

Inside the perimeter highway, the Manitoba Wombats will look to discipline and cool heads to defeat their rivals this weekend.

Ivan Rakowski of the Wombats believes that the key to the success on Saturday is “To keep to our structure and game plan, they (Eastman Warriors) are a big, fast team that can hit hard so we have to maintain our composure.”

Ivan Rakowski played his last rugby before the pandemic at St Paul’s High School before graduating to senior rugby.

On a personal level for the young Rakowski, “It's an exciting new experience, coming straight out of high school and playing seniors and making a grand final. It’s exciting to be a part of, and a physical challenge playing against men.”

In what is a huge testament to the depth and strength of the Manitoba Wombats, they will also be involved in the Premier League grand final on the same day.

Despite being played in Manitoba since 1879, Rugby may not have the status of some of the more established sports but the camaraderie developed between teammates and opponents is second to none.

Simeli Naivalu of the Eastman Warriors loves “The camaraderie and the community, it’s not only about the game, but the community that we build around the game”

Also from the Warriors, Alberta native Malachai Busse said that he loves rugby for the connection you make.

“For me it's about the brotherhood that you build, you can go on the field and hit each other and there will be heat. But you can go for a pint afterwards. That is why I love rugby,” stated Busse.

“It was the first sport I felt truly welcomed, I was a smaller kid and rugby had a position for me just like all body types. The camadardie is amazing especially in comparison to other sports, it’s a fun sport that creates close, lasting friendships,” added Rakowski.